What’s Happening In Your Neighborhood? 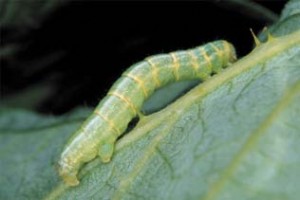 Where are the Caterpillars?

The climate in Massachusetts never ceases to amaze me.  Since living on Cape Cod we have had instances when the kids were let out of school early because of a snow emergency.  While that’s not an unusual occurrence, it is when the school is reporting 3 inches of snow on the ground with no sign of it letting up and it’s raining at our house, only 4 miles away.

On April 23rd I had business on the South Shore.  Driving through Weymouth, I was shocked to see just how far ahead the foliage and flowers on trees and shrubs were in comparison to Cape Cod.  While our maples are just budding, those in South Weymouth were covered with brilliant chartreuse leaves waving in the wind.  Azaleas, cherries, dogwoods and wisteria vines were in full bloom on sunny side streets.  I think the South Shore skipped the month of April and went straight into May.  The Cape is at least 2 weeks behind.

What struck me most was the lack of tell tale holes in the tender leaves.  On the South Shoreat least, it is possible that some of the vulnerable trees leafed out before the Winter Moth Caterpillar  matured.  It’s also possible that they are there, but are not active because of the recent cold wet weather. We are urging customers to be vigilant and let us know what they are seeing. Early reports were that Winter Moth would be invasive in pockets.  With the warm winter and then record warmth in April, UMASS Extension was reporting that the flora in Massachusetts was ahead of schedule but the Winter Moth appeared unaffected by the temperatures and maturation was just on schedule.

We were getting the same mixed reports from our Greenskeepers in the field.  They knew in late April the caterpillars were out  out there but were small and not eating.   As of today, May 3, we are seeing more activity and have been getting calls to spray all over the south shore.

On a walk this weekend, I got further evidence of how even a small distance can make a difference in winter moth activity.

This is a birch leaf from a tree in my yard.  This tree is usually the favorite snack for winter moth. 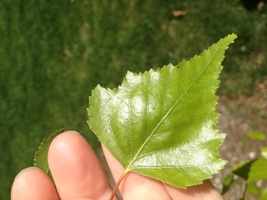 A perfect birch leaf, spared the ravages of a wintermoth.

This is  a photo from a  tree not far from my house. 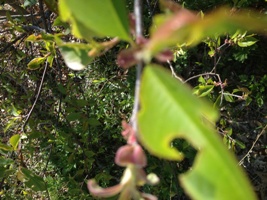 Winter Moth activity 4/10 of a mile from the birch tree that is usually a winter moth favorite.

We are currently scheduling tree spraying on days that are predicted to be dry.    Please call if you would like to get on the list.

For more information  check out the UMASS Extension website.  http://extension.umass.edu/landscape/message/lm-62012